I'll describe work done on the suspension and cooling system in another post, but here's info on the most recent work - repairing the dashboard and starting rewiring. 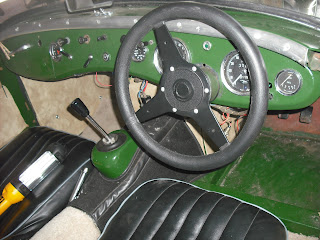 Dashboard - painted over vinyl, wiring problems and a crude patch over the radio aperture.

I obtained a spare dashboard in better condition - looks like from a MkIIa Sprite (1098cc and disc brakes) with underdash cushioning strip (removed in pic below, also original vinyl covering removed). 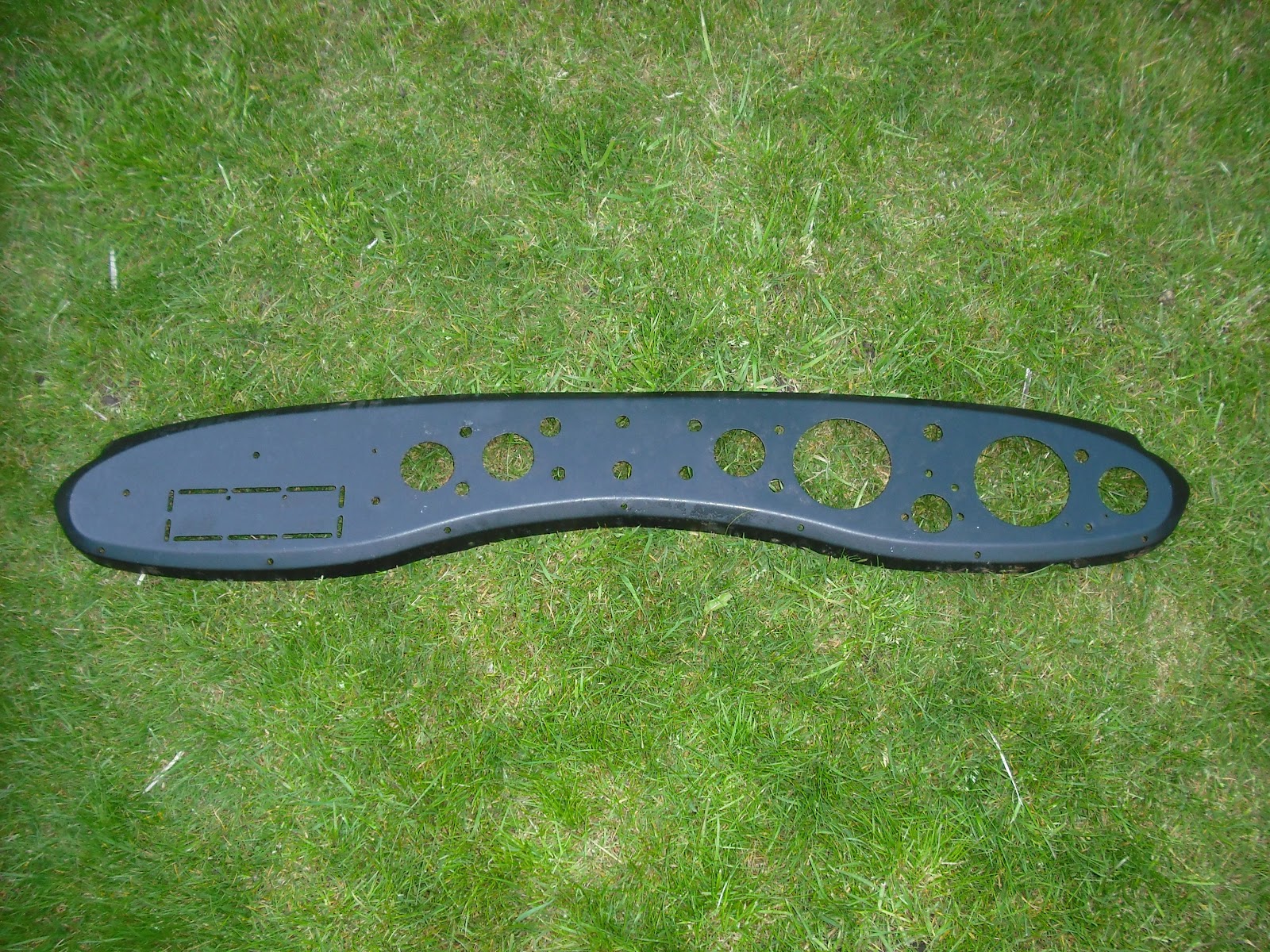 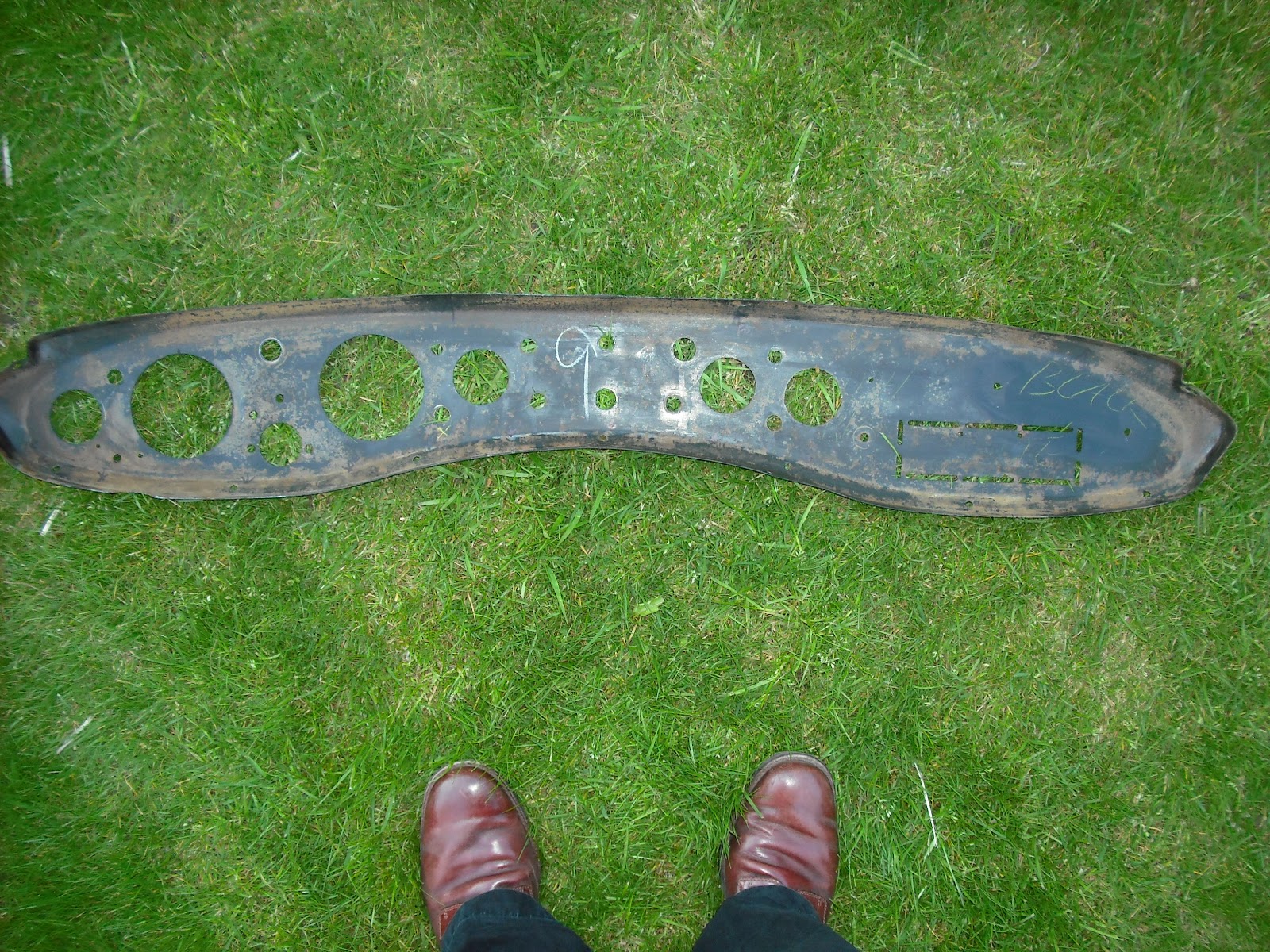 Like many early Sprite dashboards this has extra holes for switches and gauges. The two extra gauge holes were blocked with a piece of aluminium pop-rivetted on the rear of the dash (and hoping that the fabric covering wouldn't sink too much...). Rust was removed with wire wool and a covered with a quick spary with matt black paint; the aluminium pastch was sprayed too. 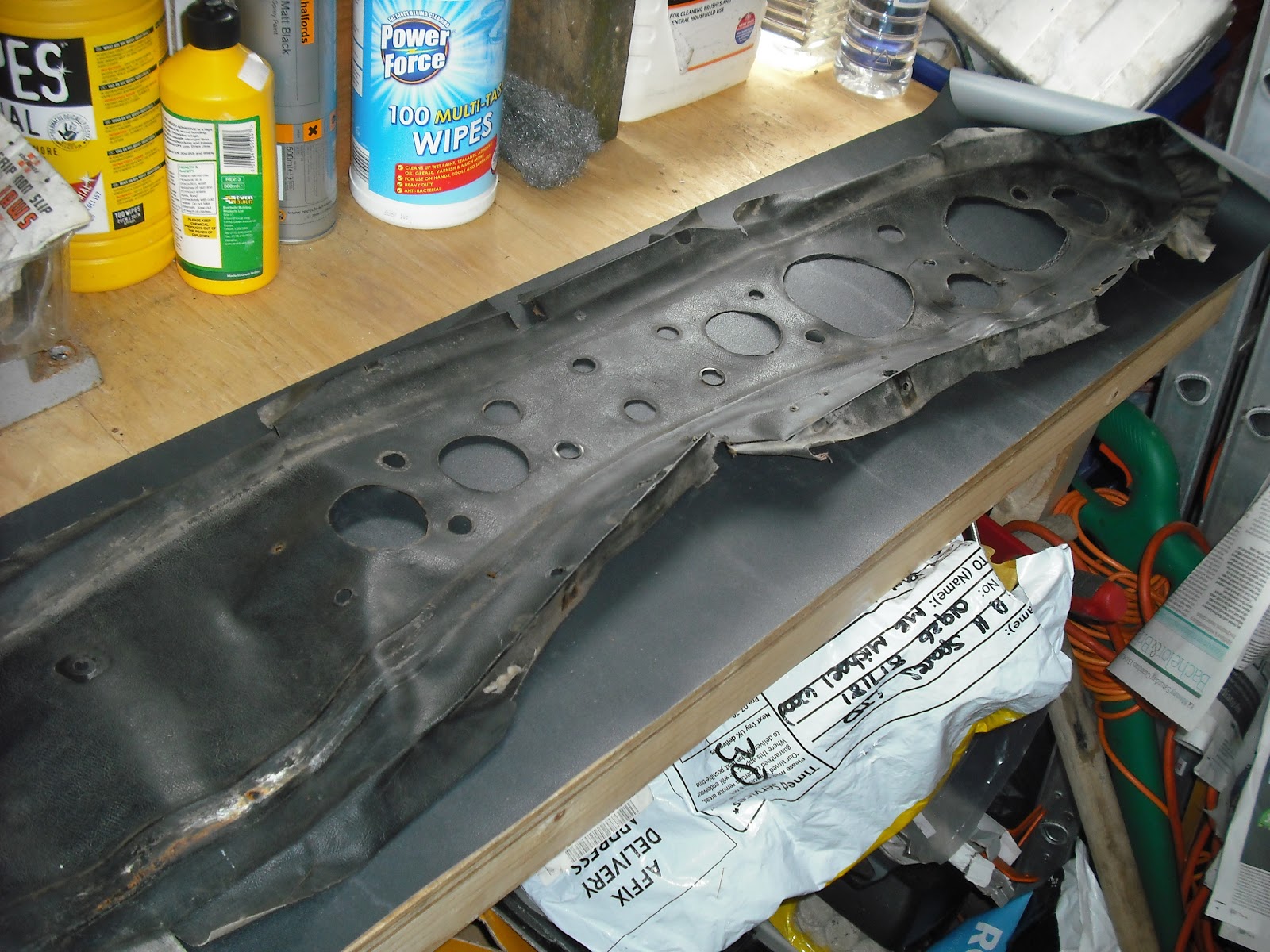 Old vinyl used as a template to cut out replacement dash covering. The old dash cover was peeled off after the spring clips were removed. New vinyl stuck on with Evostick contact adhesive (messy job), using lots of clothes pegs to hold down edges and also using new spring clips from Woollies for Trim. 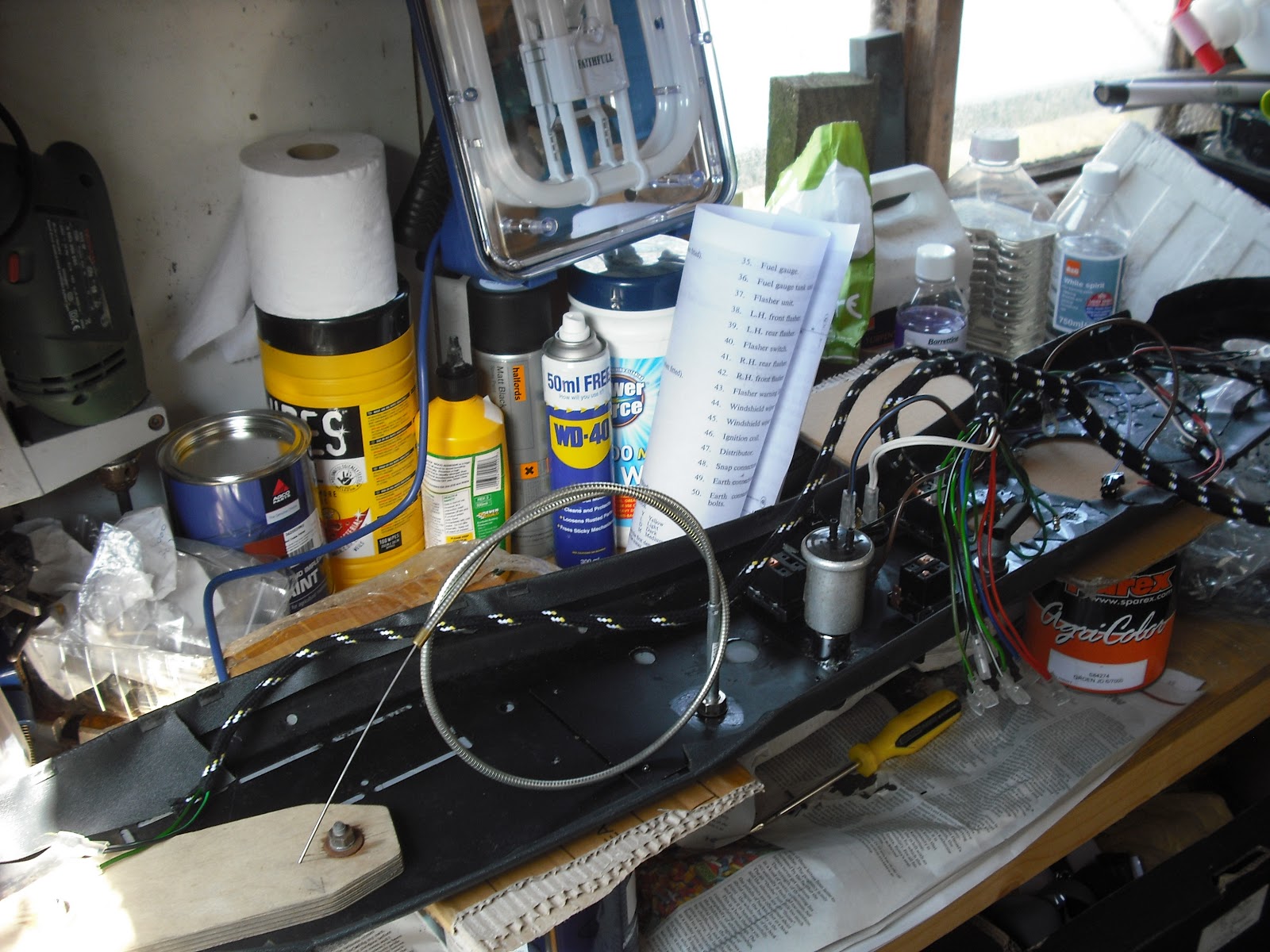